Valve’s Going Rogue sale is live on Steam at the moment. The week-long sale focuses on challenging games and genres that are known to be punishing. These include rogue-lites, Soulslikes, Metroidvanias, and more. Regardless of genre, they all share one thing in common with players: skill.

In a nutshell, these games are known for their aggressive enemies, tough combat, and brutal platforming. The current Steam sale is offering some great discounts on some of the toughest and most underrated games to buy on the platform.

Described as “roguemania”, a portmanteau of the roguelike and Metroidvania genres, 2018’s Dead Cells is one of the most renowned in its category. Motion Twin’s 2D action platformer narrative sees players controlling an amorphous creature that can puppet corpses.

Throughout the game, players will fight through various platforming challenges, take on tough enemies in hack & slash combat, and acquire new temporary skills and gear to make the journey easier.

The Dead Cells development team is back on the road!

The Dead Cells development team is back on the road! We can’t wait to be at PAX EAST 2022 next week! All that remains is to finish dusting off our good old castle before…#PAXEst #Game #dead cells https://t.co/eqmdU8eqns

Enemies are no joke, featuring decent variety and aggressive patterns in addition to traps lying around the map. The death is permanent as players will be sent back to the pile of rotting corpses to start over. However, collecting cells will allow players to unlock permanent upgrades.

It’s this slow progression that makes Rogues so addictive, and Dead Cells is one of the best. Be sure to purchase all DLCs for the best experience. The game is 40% off on Steam.

Developed by MegaCrit, Slay The Spire is an RNG-powered roguelike that will test your wits and keep you on the edge of your seat despite a card-based combat system. The adventure sees players choose one of four unique characters and climb a multi-story spire. These rise in challenge with new enemies, bosses, and encounters awaiting players at every turn.

As a rogue, all encounters, item drops, and progression will be random for a run. Players will start with a basic deck and earn new cards from fallen enemies. The game requires a bit of math to sum up card damage to eliminate enemies.

Additionally, using the blocking system to avoid taking damage and bypassing enemies’ own attempts is key to success. It’s a simple yet super effective concept that will keep players hooked for just one more run. It can be purchased here on Steam for 60% off.

Released in 2019, Star Wars Jedi: Fallen Order from Respawn Entertainment and EA is a solid action-adventure that picks up pages from popular franchises. As Jedi Padawan Cal Kestis, players must fight their way across numerous planets while fleeing the Imperial Inquisition. In a nutshell, it combines the gameplay of Souls and the exploration of Metroid with the platforming and parkour of Tomb Raider.

All enemies feature unique attacks, with the lightsaber’s parry and strength abilities coming in handy. The levels are interconnected, with optional collectibles and challenges. Add in a well-choreographed narrative and you have a memorable adventure for Star Wars fans and newcomers alike.

It’s undoubtedly one of the best Star Wars games of recent years, though many of its ideas and mechanics are all too familiar. Enjoy 75% off on Steam. 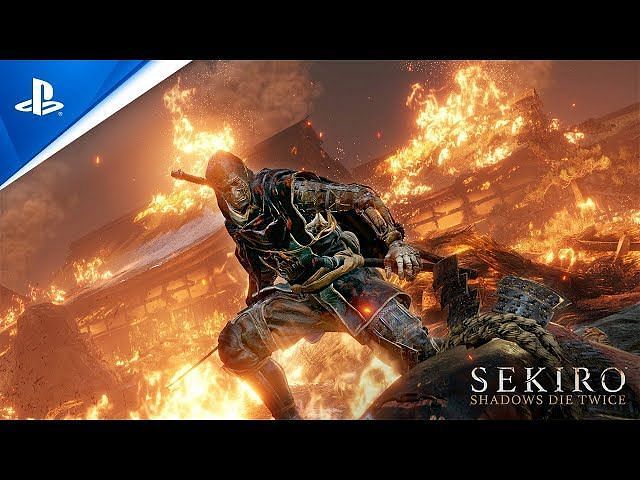 Developer FromSoftware’s most unique hack & slash offering to date, Sekiro is renowned for its sword fighting. The 2019 action-adventure features a shinobi called Wolf who must fight against a clan of samurai who kidnapped his master.

Players will navigate through levels allowing for stealth ambushes and take on majestic bosses with the game’s refined and precise combat. Breaking enemy postures, parrying and countering are essential to winning as Sekiro’s enemies don’t hold back.

Various tools and fluid movements allow for one of the most vertically oriented hack & slash games to date. On that note, it’s reminiscent of the Tenchu ​​series, which is also under FromSoft. For those who want to test their reflexes, Sekiro is the game to get. The GOTY Edition includes all DLC content released so far. It’s 50% off on Steam right now. 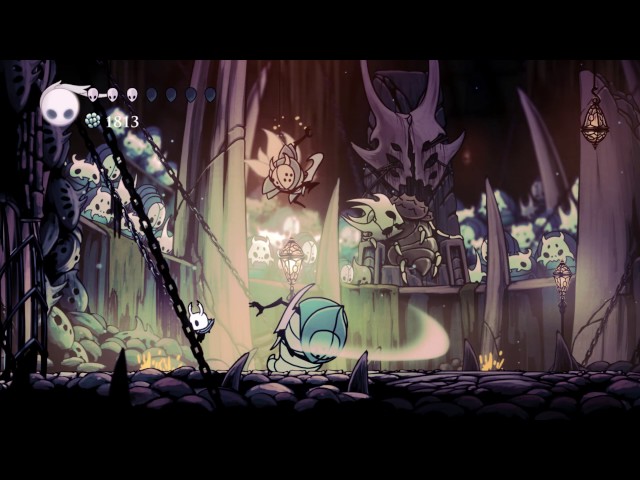 Released in 2017 by the small team of Team Cherry, Hollow Knight has become one of the most popular indie games ever made. Taking on the role of a bug-killing warrior, players are thrust into the world of Hallownest. The labyrinthine biomes of the world have gone mad with hostile insect creatures that need to be put down. It draws inspiration from Nintendo’s Metroid series for the design of interconnected maps with new abilities unlocked by defeating bosses.

Each mechanic opens up new areas to explore, which present different enemies and platforming challenges. The haunting visuals, memorable soundtrack, and incredible boss battles make this a must-have for fans of the genre. At 60% off, Hollow Knight is at an all-time low, an absolute steal for one of the best Metroidvanias on the Steam market.

The Going Rogue sale started on May 3 and is scheduled to end on May 9, 2022. Which of these picks do you intend to buy in the current Steam sale?

Read also
The article continues below

To note: This article is subjective and reflects the opinions of the author only.

During so many of those tough times in November and December, Anderson could have helped this team persevere. But he was leading the battle with the neck injury he suffered Nov. 2 in San Jose, and the Sabers didn’t get enough saves while he was out. It’s easy to say that Anderson’s absence cost this […]

“Destroyer on all fronts”: ATP on Novak Djokovic’s visa battle

The ATP on Monday called the saga surrounding world number one men’s singles Novak Djokovic “damaging on all fronts”. Djokovic won his appeal on procedural grounds, overturning the border officer’s initial decision to cancel his visa before the Australian Open. ATP said the series of events leading up to Monday’s hearing could affect Djokovic’s well-being […]

How to watch Michigan vs Indiana, the other best games of week 10

After the Michigan Wolverines’ loss to MSU last weekend, they need to react quickly in their weeklong buffer until they hit the road to play at Penn State next weekend. First, a clash against the Indiana Hoosiers, who beat the Wolverines in 2020 for the first time in 24 seasons. Let’s take a look at […]