It would be reasonable to assume that there was nothing left to give away, that all the safes had already been searched. The download-only tracks that appeared the last decade under the “Motown Unreleased” banner should have been. Nevertheless, an unreleased quintet from 1961, 1963 and 1964 has surfaced. OK, three are by lesser lights Frank Morelli, Morrocco Muzik Makers and The Mysterions but the other two are by the hot names Choker Campbell’s Big Band and Earl Van Dyke & The Soul Brothers.

All lit! Motown Instrumentals 1960-1972 is exactly what it says it is. It might be a regular trawl in the back pages of Motown, but – obviously – it’s not. The previously unreleased tracks are complemented by six tracks that had previously escaped into the world as barely-recorded digital downloads – one of which is Stevie Wonder’s “Let me Loose”, a “Fingertips” retread recorded in June 1963.

It is therefore 11 out of 24 who obtain their first physical version. Besides, All lit! seems to be the first compilation to focus on Motown beats. But it’s more than thoroughness – it’s also a great listener. As the tagline on the back says, “A stellar cast of musicians shine the spotlight on this collection of soul, jazz, funk and other groovy instrumentals from Motown.”

Opening is the always groovy “Festival Time” by the San Remo Golden Strings. Originally released in 1966, it charted (low) in the UK in late 1971 after being picked up by DJs and northern soul fans. Next is the Choker Campbell’s Big Band version of “Come See About me”, originally released in 1964 to the alleged title 60s hits LP. As Campbell and his band were Motown’s touring band, this release offers the chance to hear how The Supremes would have been saved live rather than how they were on radio and record. 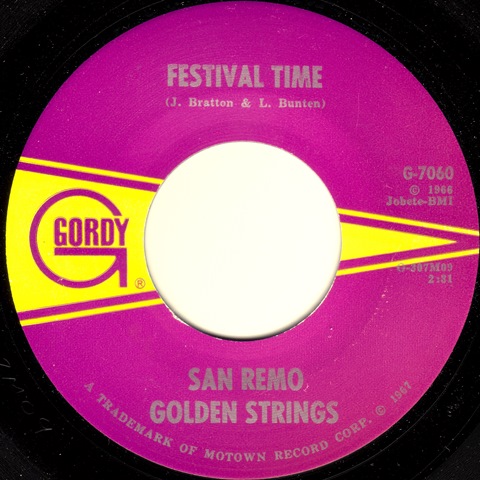 Similarly, much of what is heard offers alternate versions of the Motown narrative. “True Fine Boy” by The Funk Brothers is a February 1965 backing track for a potential single that was never completed. The lyrics are lost. Stevie Wonder’s “Let me Loose” was recorded on June 13, 1963 but shelved, apparently because by the time it was recorded it had developed artistically and it would have been an anachronism if released: late 1963 album With a song in my heart showed how far he had evolved.

One of the craziest unreleased tracks is “The Break Down” by Choker Campbell’s Big Band, recorded January 8, 1964. Basically, it’s big band jazz revisited in a Motown style. Campbell’s sax roars like a downhill car with no brakes. It would have made a great detective theme on TV. Equally fascinating is “Great Google Mook” by The Mysterions, recorded on December 5, 1961. The band members would continue with The Flaming Embers but it doesn’t fit neatly into the soul bag as it’s a rewrite of “Let’s Go Trippin” by Dick Dale. ‘”, and even has the reverb surf guitar. How would it have happened if Motown had released it? Equally atypical to what is considered Motown is Dayton, Ohio’s Morrocco Muzik Makers’ solo guitar-dominated jazz instrumental “Little Mack’s Shuffle”, recorded on February 12, 1963 but relegated to the shelf until now. It’s a contrast to the brass or organ-dominated jazz fare typically associated with Motown.

All lit! Motown Instrumentals 1960-1972 is undoubtedly aimed at the committed, those who need a constant and fresh supply of 60s soul with a little jazz and blues on the side. For everyone, it always touches home – background and details don’t matter. Either way, this is a terrific release.

Wonderful music that gives butterflies in the stomach [INTERVIEW]

By Laman Ismayilova Music has always been one of the best ways for people to express themselves. Each piece of music tells a different story and evokes a wide range of emotions in us. Sometimes it’s a sudden tightening of your chest or butterflies fluttering in your stomach that numbs you. Music has always been […]

From the rumbling practice halls of the Granoff Music Center at various basements and stages throughout clumps’ campus, groups of students are brought together by a common love for live music. These bands are independently formed groups as opposed to registered student organizations. Some of them – Honeymoon, Fease, Salt Hog, Emperor Jones, Fossil and […]