The first free game from Epic Games Store for the year 2022 has now been revealed and is available for download. Meanwhile, “Galactic Civilizations III” is January’s second giveaway.

(Photo: Photo by ANDREW CABALLERO-REYNOLDS / AFP via Getty Images)
This illustrative image shows the Epic Games logo displayed on a laptop and an Apple logo reflected on an iPhone in Arlington, Va. On April 30, 2021. – In a legal clash with potentially huge repercussions for the world of mobile technology, Fortnite maker Epic Games is taking on Apple from May 3, 2021, in a bid to break the iPhone maker’s grip on its online marketplace.

According to the ComicBook.com article, the Epic Games Store continues the tradition of releasing its free games on Thursdays.

Coincidentally, January 6 is the first Thursday of the year, so the online storefront is unveiling its first free game title for 2022.

Epic Games Store is offering “Gods Will Fall” from today through January 13, which is free to claim for said period.

For the uninitiated, free games from the Epic Games Store are only available for a limited time. However, those who can claim these gifts can now keep the game in their library forever.

As such, if you get “Gods Will Fall” from January 6-13, you will be able to enjoy the game right from your library permanently. This saves you around $ 24.99, as said game title usually sells for that price, but the Epic Games Store gives it away for free.

However, ComicBook.com noted in the same report that Epic Games’ digital storefront only gives out the base game.

As such, its users will still need to save $ 7.99 to get the Valley of the Dormant Gods Season Pass, which includes tons of exciting in-game bonuses, such as additional weapons, new gods, and items, to name a few.

Also read: The Epic Games Store is finally adding a shopping cart feature: will that be enough to compete with Steam?

On top of that, the online storefront has already disclosed the next free game it is offering for January 2022 – “Galactic Civilizations III”. 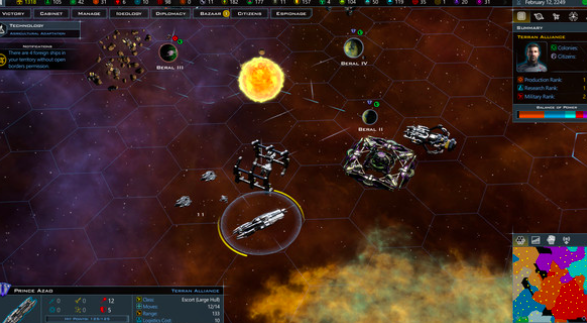 According to the Newsweek report, the next free-to-play game from the Epic Games Store is available January 13-20.

It should be noted that “Galactic Civilizations III” typically sells for $ 39.99. That said, claiming the turn-based strategy game for free is a huge savings for you.

Newsweek noted in the same article that “Galactic Civilizations III” carries a “Strong” rating from the website of critic aggregator, Open Critic, which is a rare achievement. On top of that, his Top Critic Average score is 83.

This article is the property of Tech Times

2021 TECHTIMES.com All rights reserved. Do not reproduce without permission.

Sony has unveiled the top 20 most downloaded PS5 games of the year for 2021 – did your favorite make the list? The PS5 might have been tough to get hold of last year, but that hasn’t stopped millions of PS5 games from being downloaded in 2021. Although only one may be in the top […]

How to watch Michigan vs Indiana, the other best games of week 10

After the Michigan Wolverines’ loss to MSU last weekend, they need to react quickly in their weeklong buffer until they hit the road to play at Penn State next weekend. First, a clash against the Indiana Hoosiers, who beat the Wolverines in 2020 for the first time in 24 seasons. Let’s take a look at […]

When it comes to video games, every title, regardless of genre, aims to hit the market and have both critical and commercial impact, but in a sea of ​​other titles all vying for our attention and even our money, the question of how to stay afloat is often relevant. Enter the single point of sale; […]