The Razing (2022) is the story of a night of tradition that turns into deadly chaos when a group of estranged friends decide to meet, only to see things spiral out of control when the past begins to interfere with the present. .

This unsolicited mystery thriller is dedicated to finding unwarranted retaliation as an implication of an unspoken event that happened once in the past and sets it in a hazy environment that isn’t the reality you think it is. . Obsessed with being a dreamlike structure, both in composition and storytelling, it’s far from a sophisticated mystery-thriller with the chills of uncomfortable horror. He has a complex story on his hands, but unfortunately for him, what is complex is to decipher the sharp point of this unresolved scenario, lacking both determination and conviction. It never gets where it wants it to be, because there are perhaps at least as many clues available in the script presented in an uncharacterized way, devoid of any information at its head that is forever in a impasse, where time has stood still. The severity of this goes without saying as it is never really expressed on what is the very environment it is trying to base itself on. The dialogues are perhaps the worst part as they take away a lot of curiosity regarding answers to questions surrounding the nature of events and what the future holds in this bizarre fiasco, which promises downright unpredictability.

The self-imposed setting and context never feels natural, and perhaps leaves us with more questions than answers in this monotonous scenario that makes no attempt at clarity. The colliding past is well introduced to its realm which uses mirror reflection as a means of predicting what happened, and to their credit it seeped into the plot creatively, but the lack of concrete distinction and superficial conversations take away what little hope he gives as the reality of the night draws closer. 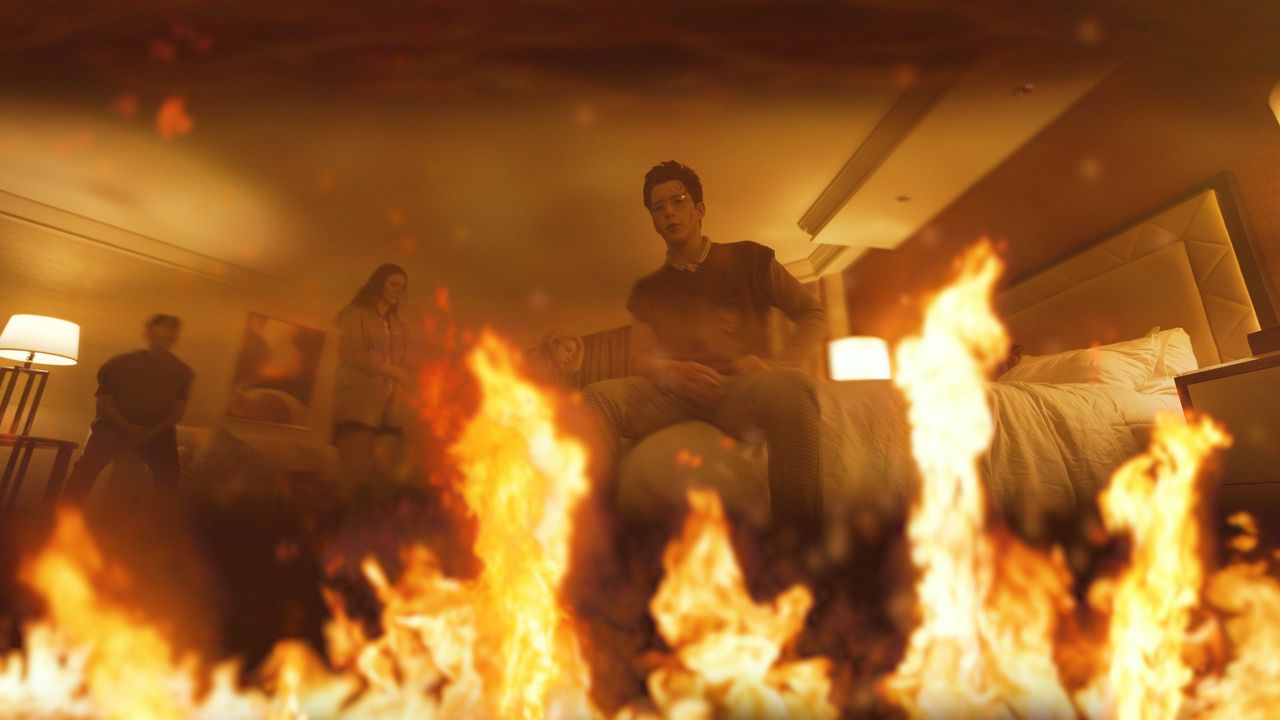 The forced relationships between the characters is something I couldn’t fathom, even in its randomness. The inability to create chemistry between love interests, as portrayed in both flashbacks and current events, leads to a chronic case of helplessness in character building. Relationships, in general, don’t hit the right chords as the cast seems too big, with some characters seemingly becoming invisible in the crowd, while others fail to make their mark.

It weaves its way through most parts to the long-awaited final act that happens, but not in the way one would expect. He plays his hand too long and the buildup is inefficient, due to the lack of cues at different intervals, filled with stop words. Because of this, an epic climax is expected to seek to compensate and vindicate the events so far, but sadly that just doesn’t happen and quickly shifts from plot to plot.

It’s a shame that things go this way while the storytelling remains flat and underdeveloped. For a film that’s 95% shot in one location, it has an interesting use of a special environment, although it’s sorely lacking in context in its layout. The editing proves to be the most cohesive part of this bumpy ride, which is otherwise a cursory imitation of a token horror thriller that could have been much better.

Last month brand new prequel Orphan: first murder hit theaters and stream on Paramount+ the same day, the film has so far scarred $11.6 million worldwide at the limited release box office. Countless other horror fans enjoyed the movie at home and the star Isabelle Fuhrman wants to watch it with you this weekend! Fuhrman, […]

The New Green Goblin Makes Up For His Worst Film Fail

By battling Spider-Man, a new version of the Green Goblin created from the sins of Norman Osborn has just redeemed the failure of the original film Warning! This article contains spoilers for amazing spider man #88 The new version of green goblin in Spider Man’The current story arc just made up for the original movie’s […]

It’s no exaggeration to say that Greta Gerwig’s exit Barbie Next summer is about the only thing that gives me the strength to survive a completely cursed moment in American politics and global health – well, that and my COVID vaccine. The same seems true for most of the Movie Twitterers, who can’t help but […]