The latest version of Yum Yum Club never disappoints, and on Sprechen, why should it? Hedonistic techies on a blinding psychedelic journey, as much the wired, shiny 25 section as the cool futurism of the 500 model. By Ryan Walker.

There is a consistency to Sprechen Records that should, if a fan of… well a fan of consistency, be admired head-on or from afar. A record label that stays ahead without cutting corners, sharp enough to cut through anything that goes through woodwork, under floorboards; always the ones for, playfully arresting the attention span of the digital disco era, high in the internet ethers, capturing the imagination.

Sprechen’s recent release drives that point home perfectly with um Yum Yum Club’s new single. One, the one, this one, with That Trippy Vocal Track, casting a bright beam of warm light through a steam-shrouded basement, a blissful veil of mist sliced ​​through strobes, deflated brains to party with wobbly noises and bass to breathtaking, impulsive and seductive like a lovers touch that feels like a kick in the nuts, a dreamlike frequency that reverberates throughout your being and in doing so with every dark fat explosion and searing beep , turns bones into butter.

This suggests that there is more to life than reviewing the latest Trainline updates. And in this thick haze, this dirty and seductive darkness, lies a frenzy of electric skeletons released by the uninterrupted grooves, sparkling when sprinkled with startling psychedelic atmospheres to unveil the image of a powerful and psychological Detriot reflecting the inexorable industrial and dramatic clamor. atmospheres of the world swirling around them…essentially Tony Humprie’s Zanzibar colliding with The Haçienda’s Hot.

They do not have the choice. Not by coming into contact with a nervous little gem like this. It’s a pure reason to explore and evolve.

It’s something the producer/producers (who knows/cares) Yum Yum Club is renowned for… keeping us anonymously excited and engaged like the wizard behind the sheet, the characters floating behind the mantle of scaffolding at the ‘horizon.

A defender and exponent of that notion that it’s all about the acid, the rave, the thrill of the chase, the speed and precision of the massive drill, rather than what’s at the stinky end of the rainbow, rather than that which lies radiant in the heart of the earth.

A straight, solid pulse incapable of crumbling carries the melody, no matter how large or supposedly strong what it rolls through. A smooth rhythm of immense spirit, overflowing with new details, new depths, after repeated listenings. 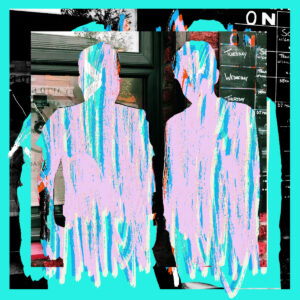 The single’s second is A Piano Rave, which kicks into action like a big slab of something stripped of all grease galvanized into new life by thunderous handclaps and sizzling bands of steel in the massive metal frying pan. Sample piano and simulated audience cheers, massive drums and rotation of knobs to keep wounds slightly raw, slightly bloody. In other words, the base minerals, the essential parts of so many timeless home classics, boundless acidic classics that scratch the paintwork of everything around it, all seamlessly intertwined, harmonious and chiming.

If he misses, he loses.

But this piece slaps. He wins.

It’s exciting and easy. Quick and digestible. Vigorous and supercharged. Electric with an insane edge. An endless tease. A crazy delight of samples reproducing the illusion of having more strings to add to one’s bow, but in reality the configurations have been modified, the elements melted down to be manipulated and molded to make something new with an old school soul, and our moods along with it as you kneel before the altar of such a classic and timeless goodie bag.

Nothing but good things in what we find familiar. What we know will be the best thing we’ve heard because of what’s on the box. Honest but never obvious. Just cool. The joy of eternal noise that both sails and springs into action as it does here, elegantly energized and revised like scholastic scriptures and fed into purely new contexts. Chemical euphoria in metropolitan hotspots buried underground, but which will always erupt eventually. Aware of what it is, what it does, what it was built for, where it comes from. 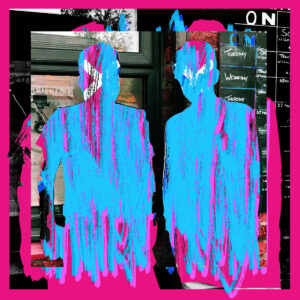 They have been performed twice on Jaguar Worldwide’s roll-on show on Radio 1 Dance as part of BBC Introducing. This EP and the two tracks it contains follow their cracking track with Maria Uzor of Sink Ya Teeth on vocals. Chosen by Jodie Harsh as her Dancefloor Moment pick on the show, An Acid Love Feel, in all its hooked and scuzzy seduction, ESG-on-E punk beat, enchanting cyber-dance routine, in all its glorious signature Moroder – to-Transmat action, to be heard on their fabulous Edgy Future Discotheque compilations (Vol.3 in this case).

As can also be heard here.

A contemporary kinship shared between Sprechen, Sink Ya Teeth, Yum Yum Club and A Certain Ratio is one that seems quite right. Feels news. Now feels. The map of Manchester depicting the whole of a world musical landscape (again) enclosed and lost, the same traits of social, spiritual and hedonistic ascension above and beyond the diseases and ailments of a vegetable garden in silently stagnating decay otherwise known as planet Earth. Acts of the weekend anarchists with a situational swagger who, while playing for each other in endlessly ringing airplane hangars, are able to soar out and above the stars stuck in sewers. To rejoice briefly, through electronic composition. Factory on Mars with a slick, searing disco edit. Chicago house throbs with tubular bollock bolts and lighter-than-air melodies, startling like a ray of light, but also quivering, jumping and popping, as if comprising the crystalline structure of alpha titanium alloys.

Now, however, somehow smoother and stickier than before, it leaps and kicks with relentless streaks of bass supernova. Marching parades and dazzling patterns of drums lifting a crowd of objects from the ceiling like a cheeseburger spatula sleeping on some old grill.

All, however, are evidence of a pattern that develops when discussing the mutually-appreciated musical chops shared between Sprechen and Yum Yum Club; that there is little originality in An Idea; but an abundance of it to the confusion of many.

The reinvention of the wheel is a futile ideal. So much work can be done with so little when a subtle number on the plans has been changed, a minor rework, a subtle adjustment, a development of experiences, the free trial of the spirit of the long past. The reinvention of this wheel can rightly be foregone when there is much to pour out (grooves of rejuvenated ability, cosmic clouds of color, crackles of signals and stings of light in the microcosm of a small basement that taps into a specific nerve, the center of everything, a particular pulsation towards which technologized time has turned its nose, it is reignited, replaced, calmed or perhaps forgotten).

We like acid for a reason. It embodies the vinyl form as a vessel capable of taking us elsewhere, anywhere, a cosmic capsule caught between time and space with the ability to oscillate, to rollerblade, to jump between each.

Reconfigured to release this monster record, this cutting-edge connected rave and rebellion scene throbbing from the dumpsters of downtown indie nightclubs, it’s kind of acid, newly made.

It was, and still is, funk, the future.

Do you to understand?

General release on May 11.

A record company in the North West of England, Sprechen is a platform to present electronic music designed for the dance floor. With a passion for melody, groove, soul and energy without limits of style and a diverse release policy.

Ryan Walker is a writer from Bolton. His archives are available online here.

A Yiddish clip for kosher CBD

[ad_1] Turns out cola is the gateway drug. Five years ago, chasid pop star Lipa Schmeltzer shot a commercial for Pepsi Max. Posted on YouTube, the one-minute long video targeted Israeli consumers of charedi with the message that the caffeinated cola-flavored drink was more desirable than schwarma or schnitzel. Now Lipa is growing hemp. Receive […]

Randy Walker special for the Roanoke Times It’s not too hard for John Jorgenson to turn on the TV or click on a random video and see a music legend he played with. “The other day I was watching this documentary called ‘Summer of Soul,’ made in 1969 in Harlem,” Jorgenson said. “Watching it, I […]

Netflix’s “Bridgerton” may have lived in another era, but its music and soundtrack definitely belonged in today’s era. Set in the regency era of the 1800s, Netflix’s global sensation “Bridgerton” didn’t feel like it came from when golden glamor originated, as its soundtrack felt like this was happening today. Much of the soundtrack was reimagined […]